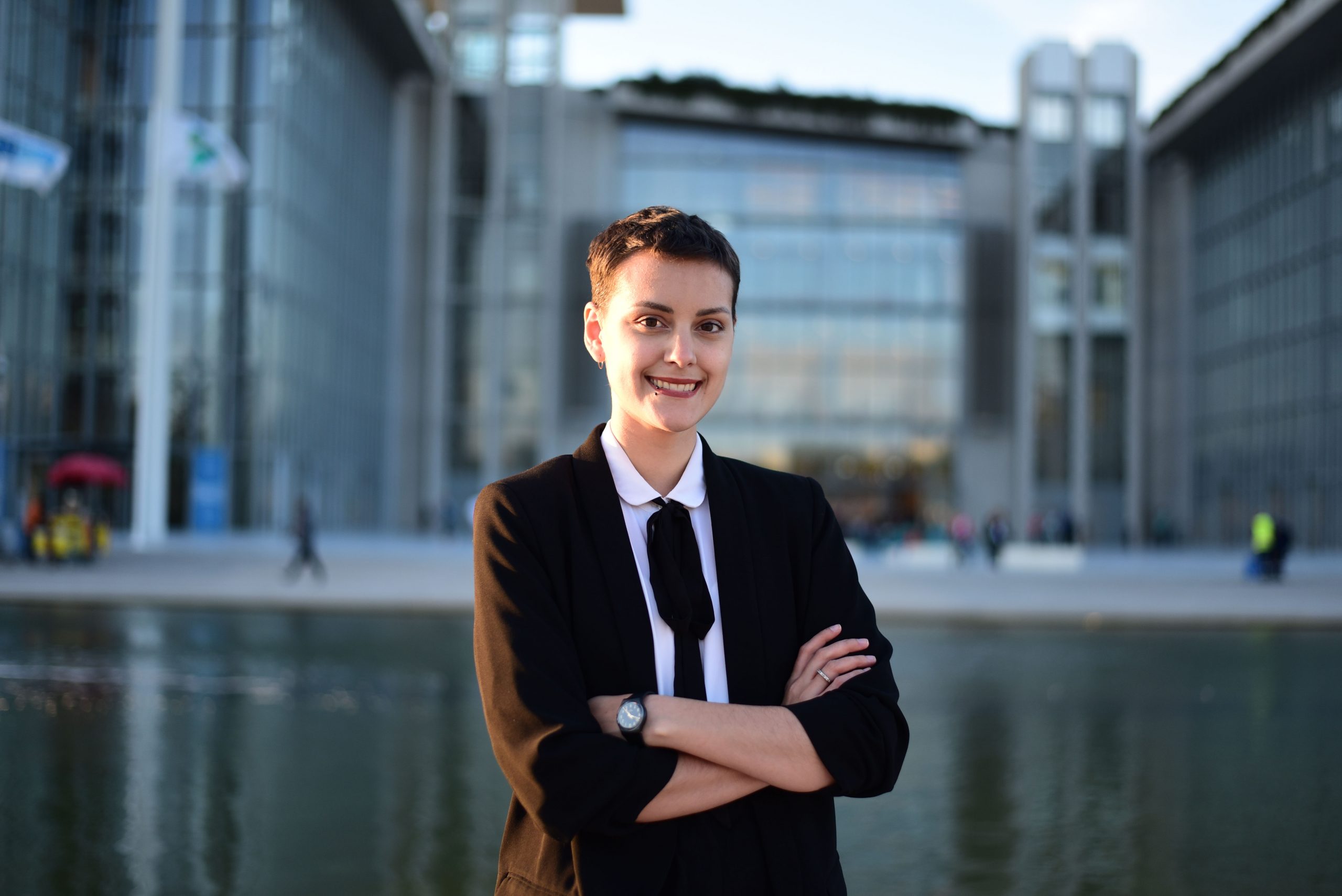 When did you discover your orientation? What was the trigger?
I discovered my orientation about 8 years ago. What triggered this discovery actually came from my first encounter with openly LGBTQI+ people. Only then I realized that I had been attracted to people of the same sex for many years. Late on, my first relationship with a girl further confirmed this realization.

What do you think it is? Nature vs nurture?
In my opinion, sexual orientation is an element of human nature.

You are born with it and go with it throughout life. Sometimes, it is difficult to discover, because of the norm of our environment or the expectations other people have of us; especially our family.

Have you ever encountered any negative behaviours? Describe some incidents you remember.
I am lucky enough to have been born into a very supportive family, to have friends who do not judge someone by their sexuality, race or economic background. Because of this, I have never directly experienced a homophobic incident. The only homophobic incident that I recall was indirect, and although it was not communicated at me, rather at my friend’s boyfriend, it deeply hurt and made me realize just how far society still needs to go in order to accept diversity.

This specific incident took place two years after I discovered my sexuality in Volos Greece where I come from.

My friend’s boyfriend had to leave town for a night, for work and because she didn’t want to be alone she asked me to sleep at her house.

When her boyfriend shared this with his friends, they insisted that I would try to ‘hit on’ his girlfriend, whom is my best friend.  He suggested it would end break up their relationship as she would fall into my diabolical embrace and I would break them up. Luckily, he understood the fact I am attracted to people of same sex, which DOES NOT automatically mean I am attracted to ALL women. He also knew what kind of person me and his girlfriend are and he forbid them from speaking in such a way again.

Have you received positive comments / support for your gender expression? Describe some of the incidents you remember.
One of the most beautiful instances of support I received was on a day my girlfriend and I were walking in Downtown Athens, we were holding hands and a little kid asked his mom why 2 girls were holding hands. She replied that this is because we love each other like the way she loves her husband, and she continued to explain different kinds of couples exist, all of which have to be respected and accepted.

How do you define the concept of “normal”? What’s normal for you?
Normal is the usual, it is what’s quantitatively dominant in the world. It is everything that does not deviate from the majority; the standard and decent lifestyle. For me, normal is something completely subjective. It is a part of everyone and their own reality. Something that is normal for someone,  isn’t for somebody else. So I consider ‘normal’ anything  that makes you feel free and in complete tune with yourself. Normal is what makes you feel comfortable with who you are and with the direction you have chosen.  It is anything that does not harm ourselves and/or others and is not subject to any mental illness or pathology.

How do you respond to homophobic comments?
In the past, my response to homophobic attacks was ignorance. This has changed in the last few years. I understand that no one is born with homophobic tendencies and that all these behaviors are the result of lack of education. So now I’m trying to help people understand and accept diversity, to the degree they can.

How do you think the mindset can be changed?
Changing the mindset can only happen through education and familiarization with diversity. The more incentives and experiences you receive toward something (both from real life examples and education), the easier it is to accept it.

Back
Newsletter - sign up
Game Changer is building a network of experts and NGOs to develop and scale up social campaigns addressed at young people.

Hello! We are really happy you are interested in learning more about Game Changer. Send us your email and every other month we will send news and updates about what is going on with the Game Changer Project.

Thank you for signing up